An introduction to Ruby/Rails/Git - Belfast Ruby

Here's a writeup of an event that I attended in Belfast 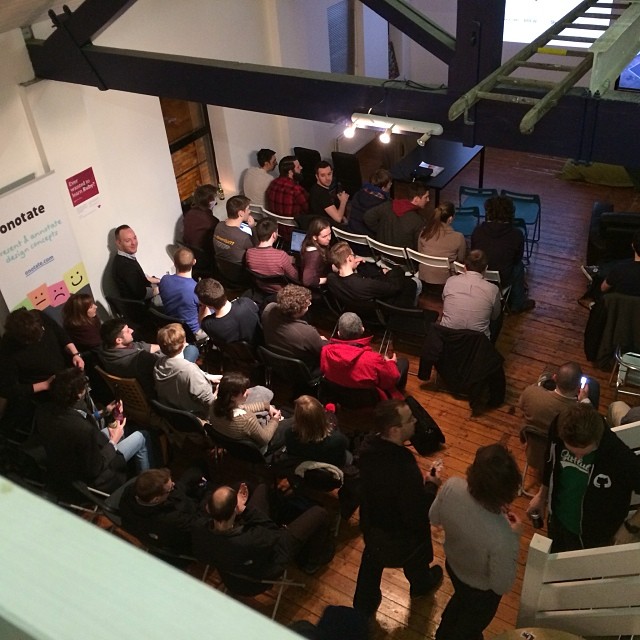 Tonight saw the Rumble offices packed to the rafters with new and experienced Ruby developers coming along to learn more about Ruby, or to help lend a hand to those that wanted to know more.

There were three talks tonight, one on Ruby on Rails. one on Git/Version Control and one on Ruby in general, I will briefly talk about each one in turn.

Ruby on Rails by Nicklas Persson

Nick opened the event and gave the first of the three talks on the subject of Ruby on Rails, after a whirlwind mention on the history/creators of Ruby/Ruby on Rails Nick spoke about why Rails is a useful tool and demonstrated how little effort it takes to get something up and running using some built in Ruby on Rails functionality.

Next on the agenda was a talk/demo of how easy it is to get up and running with Git and Github. Melissa started by explaining some terminology and concepts associated with version control and then decided to give a live demo of setting up a repository on Github and working through some of the basic functionality. This was probably the most practically useful talk of the evening and hopefully conveyed how easy Git actually is for the standard stuff.

The final talk of the evening was by Kieran on why Ruby is a fun and useful language to learn, he drew some excellent examples of how sensible Ruby seems when compared to languages like Objective C (and Brainfuck) his talk was very well received and I think instilled a sense of 'doableness' in folk who maybe are completely new to Ruby or programming in general.

The event had three great sponsors;

It was so exciting to see so much interest in the community for Ruby and seeing that certainly gave me a passion top-up. Unfortunately I didn't stay around to get chatting to too many folk after the talks but it was a great evening and I feel the Belfast Ruby community is stronger as a result.

Thanks to all the speakers and sponsors for making another awesome Ruby event, I look forward to the next one!