Good things happen to those that blog

Some good things that come from blogging about your work 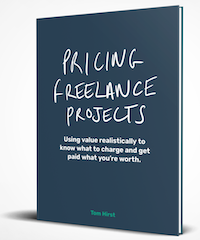 In this post I want to explain why I think most technical folk would benefit from a blog that they keep fairly up to date.

For some context for people who don't know me, I am not a professional blogger or anything like that, I kind of enjoy writing but at my core I am a developer, I like tinkering with stuff and swapping things around to figure out why stuff works. This means that my experience has largely been writing about dev stuff, primarily for other developers and future me when I forget about something.

I was originally going to write this more like a talk and see if anyone locally would let me rant at people for 15 minutes, but I figured I would start with a blog post (well technically I started with a mindmap) and see if the content is then transferable into a talk.

So, what good things have happened to me that I think can happen to you as a result of blogging?

I like to think of a blog as kind of like a self updating CV, it talks about projects you have worked on and challenges you have overcome, it even timestamps things for you to give people an idea of how long you have been into a particular field of interest.

At a job interview wouldn't it be excellent if you were asked a question and one of the references you gave in your answer was a blog post you had already written? It shows a potential employer that you are keen enough about the industry and are already knee deep in the challenges they are currently facing.

In terms of getting noticed, I have found a blog to really help, folk looking for folk to work with or hire are generally pretty lazy (like all people!) and they are going to pick the path of least resistance, if someone comes to them and tasks them with finding someone in technology x who lives in location y, you can be damn sure that is going straight into a google search and if they can find a local dev with knowledge of that stack, you know you will be getting contacted.

This is one of my favourite things that has come out of me blogging and that is more writing! I have two quick examples for this;

The first was I was asked to write for the IEEE journal because of an article I put together about StackOverflow (I wrote about this in an early post) had I not of written the article, it would never have been retweeted by the founders and the person who contacted me to write an article would never have known I existed.

Whilst money or access to free stuff should never be a core motivator, it is certainly a nice benefit.

If you blog about problems that you are facing that are non-trivial (there isn't already a standard solution that is easily searchable) then chances are people will find your blog when they come looking for the same problem, that being the case having a couple of non-obtrusive adverts is a nice way to make a modest amount of passive income, it certainly pays for domain name renewal and stuff like that.

Some of the free stuff I have been offered whilst blogging includes;

I have a very modest amount of traffic and this blog isn't well known by any stretch of the imagination, but I have to say I turn down more stuff than I ever imagined I would be offered.

Helping people is nice and feels good, if something took you a long time and you write about the steps you took in order to help someone else out you get a nice feeling when people send you comments saying things like "You saved me a days work", or even just a "Thanks!"

If you work on or with Open Source software then you already have so many people to thank that make your life so much easier every day and I think leaving little clues to help people figure out there own issues is one way you can give back to the community.

I find that blogging really helps solidify my thoughts on something, it is one thing to read something and think you understand it, but when you try and write about it yourself you will find you need to pause and consider what you are trying to say and what is going to be the best way to say it. Also, if you have strayed in your thinking there will surely be someone in the comments that will point you back in the right direction.

As I am sure the slew of grammatical errors in this post will likely attest to, I am in no way an expert at writing, but even I have to admit as I look back at earlier posts that this is something I have improved upon as I have written more. Likewise with typing - sure I am a developer by trade so I need to be in front of a keyboard a lot, but typing in programming languages is vastly different to typing in English.

Sometimes you just don't want to do any real work, but you do want to do something productive, I have found that occasionally banging out a quick blog post gives you that quick productivity fix without actually accomplishing anything on your to-do list (do you think this blog post has been on my to-do list? It has not!).

This isn't an ideal way to work 100% of the time, but once in a while I don't think hurts.