Mark Elkins – From Passion to Purchase

Recently I caught Mark Elkins giving a talk during the Chief Digital Officer Forum which was held in London.

Disclaimer; the reason I was at the event was I work for the company which was hosting it and wanted to get a feel for the type of events we put on. Whilst it is in my best interests to paint my company’s events in a positive light I hope you will believe me that I would not lie on my personal blog (or anywhere). 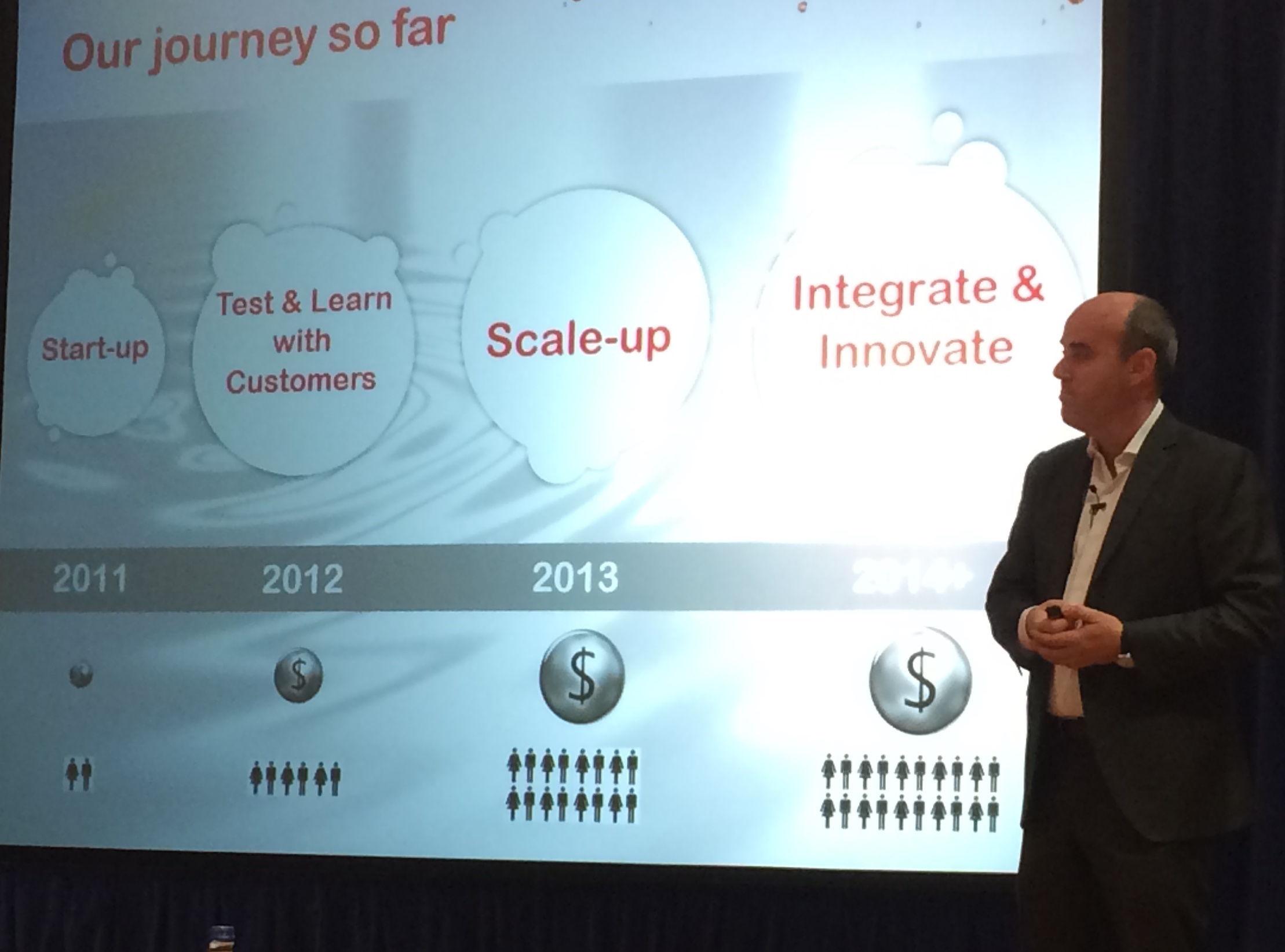 Mark is the VP of European Digital at Coca-Cola. His talk was titled From Passion to Purchase: Coca-Cola’s Digital Revolution.

The Quality of the Connection

Early on Mark pointed out that it isn’t the amount of fans you have, it is the quality of the connections you have with them.

He also pointed out that there isn’t one touch point, there are several and unfortunately there isn’t a silver bullet that will magically join the dots in-between these points in order to create the perfect experience for the customer.

Coca-Cola had to think about how they were going to disrupt themselves.

It looks like it comes down to testing. By continually learning and testing with their customers they are able to see what works and what doesn’t.

Mark broke down their journey starting in 2011 as follows;

Mark ended with some great tips;