This week I was at the Lead Developer Conference in London. It was fantastic and I will be writing about it in detail over the coming weeks. For now I want to discuss one feature of the conference that I had never seen before that I loved.

Throughout the 2 day event everything that was said on stage was transcribed in realtime and displayed on a screen.

I tweeted my delight at the time;

First conf I've been to with captioning. Hurray for #a11y #leaddev pic.twitter.com/V9lnahFaHN

I’m a big fan of making things accessible and have written articles about the benefits (apart from the human focused ones!) before, like accessibility and SEO being tightly linked

The captioning was done by White Coat Captioning and I have to say they were spot on. Even with some of the presenters trying to test them! 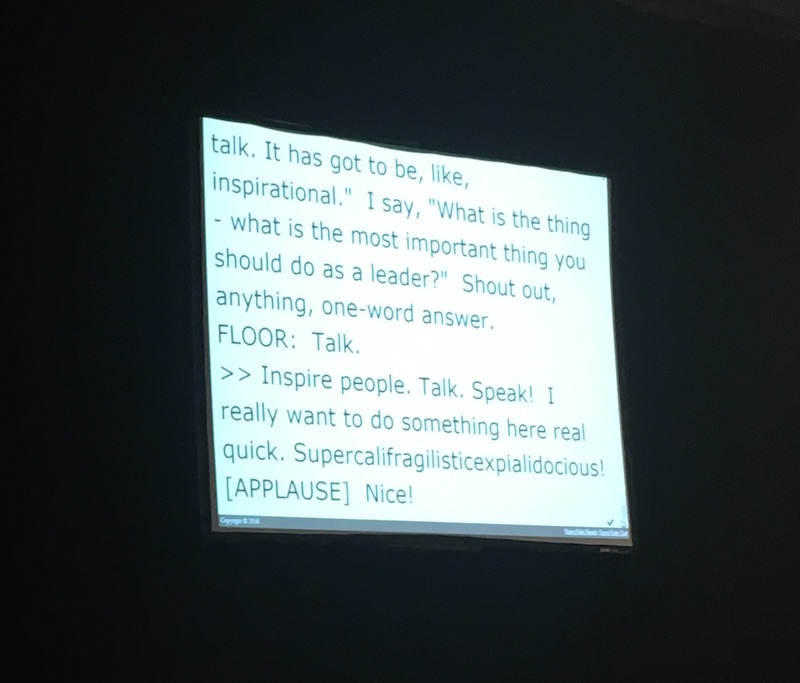 There are several reasons why captioning is a great idea. Here are the four.

Great for the hard of hearing

My first thought was that this will be perfect for people who are deaf or hard of hearing.

This makes sense because if someone is being very animated on stage or you could only get a seat near the back there is no guarantee you will be able to read the speaker’s lips in order to get context. Of course that assumes that you have picked up the talent of lip reading.

My dad was deaf, I know first hand that this stuff matters.

The next category of people I figured it would help are non-English speakers.

All the talks were in English, very few people speak Queen’s English, everyone has an accent and everyone speaks at different speeds.

I know from working on a language diverse team that accents and colloquialisms can really trip up a person.

Text doesn’t suffer from this as much, so it doesn’t (to throw in a written Northern Irishism!) which means if someone trips on a spoken word or phrase, reading it may help a lot.

At the very least they can write down the phrase verbatim from the screen to translate later. This is not something you can easily transcribe yourself.

Great if you didn’t catch something

I used the captioning a handful of times when a speaker said something whilst I was busy taking a note or pondering something they had said previously.

It was a really great way to catch back up on a topic, or quickly remind yourself of something that was said.

Great for showing that the conference organisers care

This was huge – I said at the start that my first thought was this will be perfect for folk who are hard of hearing. That was followed really quickly by thinking Jeez, these people care. Not about the deaf, about their attendees in general.

It really set the tone that this was going to be a conference I could feel safe at and that my needs where going to be considered. It is not often you get that feeling before someone takes the stage.

Do you put on conferences?

If you are putting on a conference you should really consider adding this huge accessibility win into your stack. It will really help to make the entire conference experience better for everyone. I will certainly be sharing this idea with the conference organisers I work with!