Never assume your wage is safe.

Unfortunately you can never assume your pay is safe, you need to take steps to protect yourself.

Several months ago the company I was working for couldn’t afford to pay me on time or the correct amounts (they since have stopped trading).

This sucked – I want to say this wasn’t something I could have planned for but in retrospect I have to wonder if we all have to assume our wage could suddenly stop or at least change dramatically.

Working in the UK

In the UK we are lucky that companies can’t just fire us because they don’t like us – at least they can’t easily or quickly. There are systems in place to stop the things you see in movies were people are told to clear out their desks and leave within the hour.

There are unfortunately no laws to stop them from not having the money to pay you or paying you in a timely manner.

Recently the hashtag #talkpay has been trending on Twitter, on my timeline one of the more prolific tweeters has been David Walsh 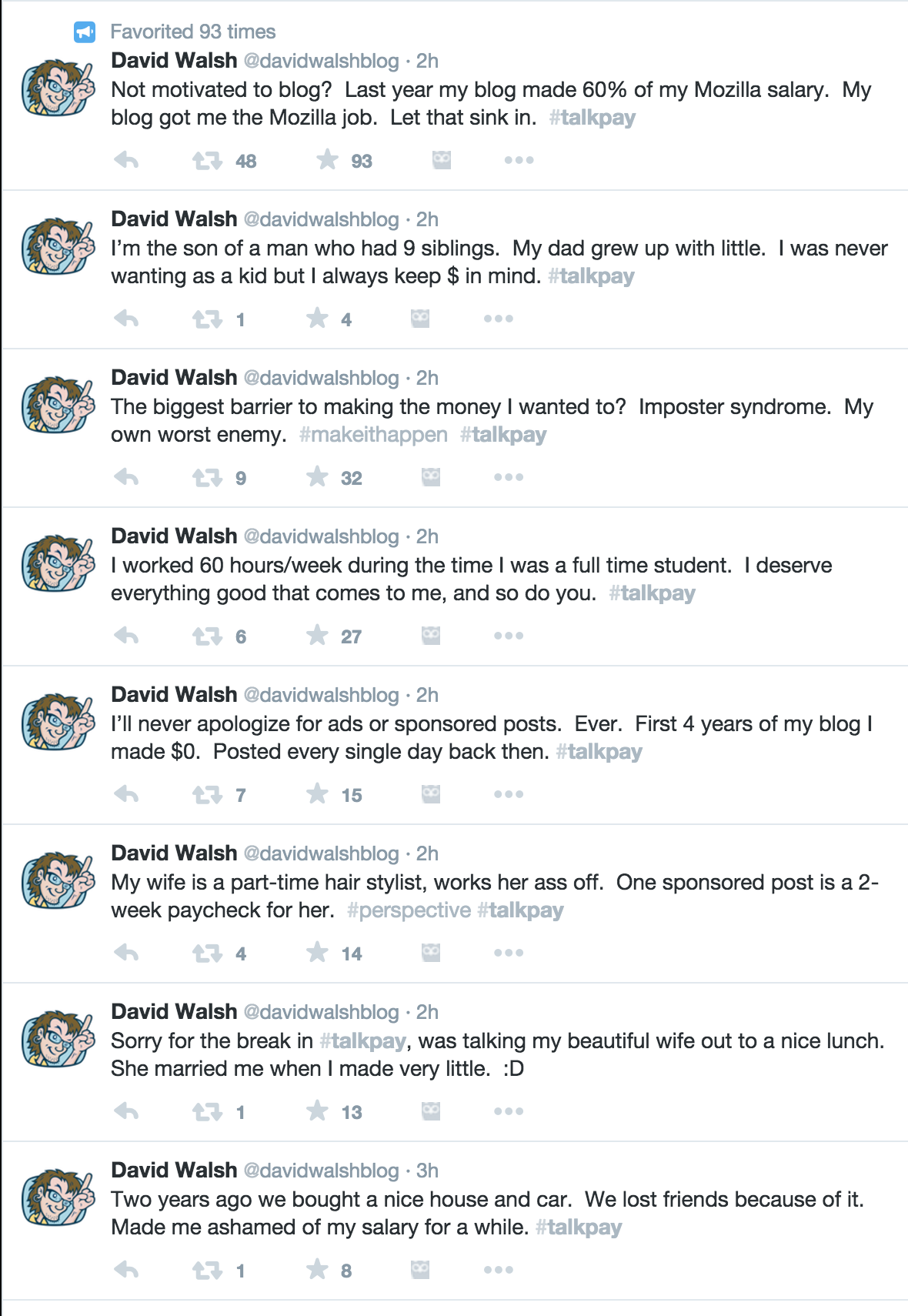 One of the tweets that really stood out to me was;

Advice I’d give about money: you aren’t at the behest of your day job salary. Do freelance, blog, etc. Go get it, it’s out there. #talkpay

I love this advice.

Luckily for me I have already been doing both freelance and blogging for quite some time, so when I needed to I was able to ramp up both those things in order to try and make ends meet, I didn’t quite get what I needed but it certainly softened the blow.

Savings Stagnate and get used

When I first stopped getting regular pay my savings were the first to get hit. I had to stop putting money into them as I needed that cash for bills, then I needed to start dipping into it in order to make up the shortfall each month.

I don’t believe any amount of savings is enough to help in this type of situation. Ideally you want other revenue streams and ideally these should be recurring revenue that requires very little input on your part.

One of the biggest mistakes I made was holding on for something to change within the company, in retrospect I should have found alternative work far sooner – having enough money coming in to pay the bills and live is far too serious a thing to leave to chance.

I haven’t had the same experience with the company I joined after this company that stopped paying me, but I have since taken my financial situation much more into my own hands by going freelance.

Whilst I am doing client work for pay, I am also building up my recurring revenue streams in the hope of having an evergreen backup of money coming in.