Setting up the Windows 200 Wired keyboard on the Mac

I needed a cheap USB keyboard to help me hack on things like a RaspberryPi. I knew I wouldn’t be doing prolonging typing on it so really the biggest thing I had to worry about was price.

I decided to get the Microsoft Wired 200 USB keyboard, it is perfectly average and nice and cheap!

Occasionally I have a need to use this keyboard on my Macbook Pro. This isn’t something I want to do often and I am currently in the market for a nice mechanical keyboard but if I am going to occasionally use this I might as well set it up to work nicely.

Setting up your Macbook to use a Microsoft Wired 200 keyboard

There are two major things I had to do in order to get the keyboard working 95% the way I would like. I should point out I am using UK versions of everything, if you are using a non-UK standard setup your mileage may vary following these settings.

On the Macbook Pro the modifier keys to the left of the spacebar are;

And to the right we have;

On the Microsoft Wired 200 keyboard the modifier keys to the left of the spacebar are;

And to the right we have;

Lets ignore both the fn key and the weird square icon key, the former I hardly ever use and the later I have no idea what I would use it for.

A quick trip Keyboard Preferences » Modifier Keys can help us map the Microsoft keys to behave more like the Mac. 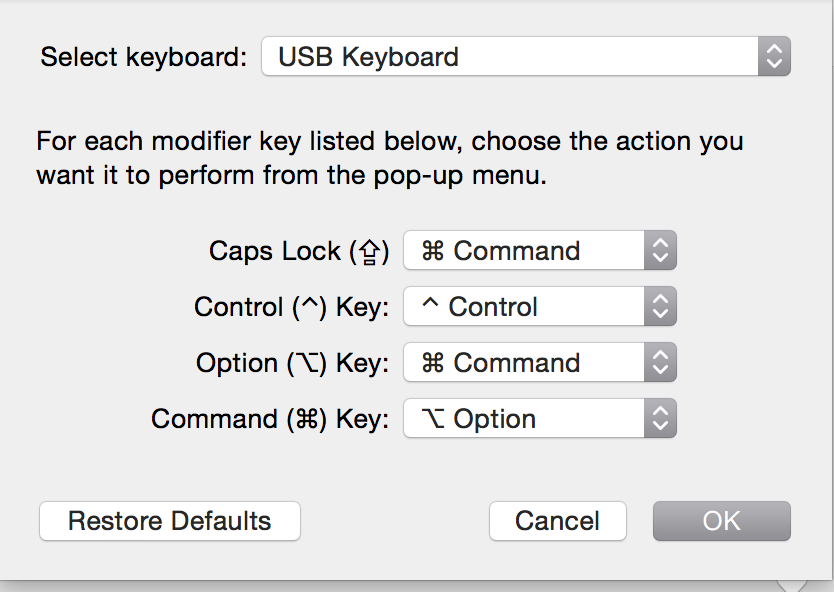 You will see from the screenshot that the selected keyboard here is a USB keyboard. OS X is pretty good at remembering preferences for different devices.

The modifier keys were the biggest annoyance for me, I hated having to think before doing things like copy/paste which are in my muscle memory.

The second change I had to make was to select the most appropriate keyboard layout.

Different keyboards have different locations for things like @, ~, \, etc. I didn’t want to spend too long changing things here but the layout I found that worked best for me was “British PC” – This properly mapped the majority of these keys.

This means that double quotes now appears above the 2 key, I have enough muscle memory from my Windows days that I was really quickly able to find the correct keys and my touch typing hasn’t been effected too badly by this. 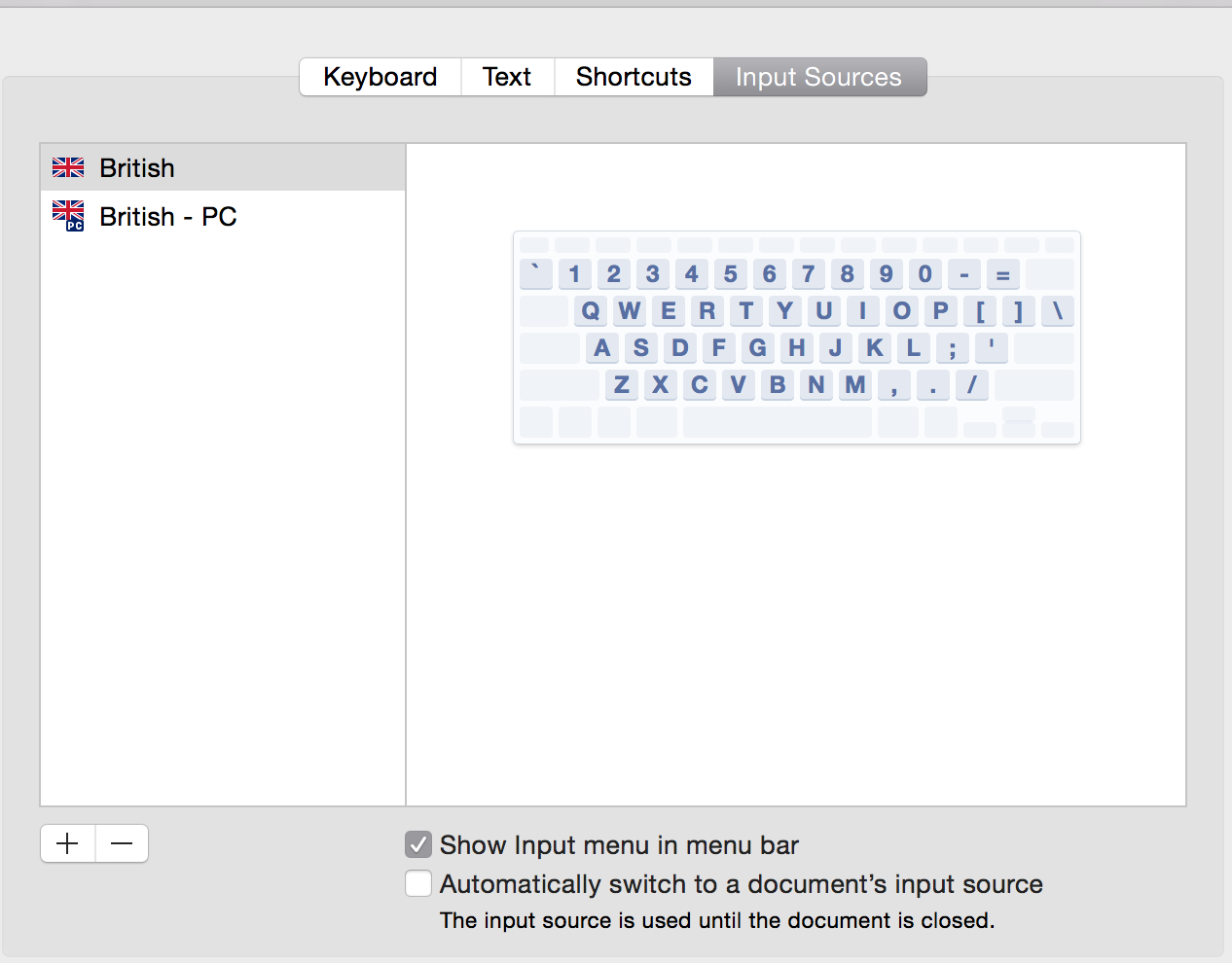 The important thing here is that you tick to show the input menu in the menu bar. This way you can quickly jump between your standard keyboard layout and this one.

There are a few keys that aren’t quite right with this setup;

There are a few keys that just don’t want to play ball with this setup, which for my limited use is fine, I wanted to mention them though.

The weird square icon as much as I can tell is mapped to nothing.

Print Screen, Screen Lock and Pause do nothing in so much as I can tell.

The function keys cannot be modified and act as though you are holding down the fn key on the Macbook Pro keyboard. This means modifying things like volume from the keyboard doesn’t appear to work.

A word of warning

I would not recommend this keyboard, it isn’t great for heavy use and especially isn’t suited to being used with a Mac. I hope someday soon to have a better keyboard that I will be using more permanently on my machines and I will write my recommendations.