This morning I was lucky enough to attend a tea and bacon bap morning put on by The Tomorrow Lab with a talk by Derek Johnson.

Long time readers might remember I interviewed Derek a while back. I have been a friend and a fan of Derek's for some time so I was very excited to hear him speak. 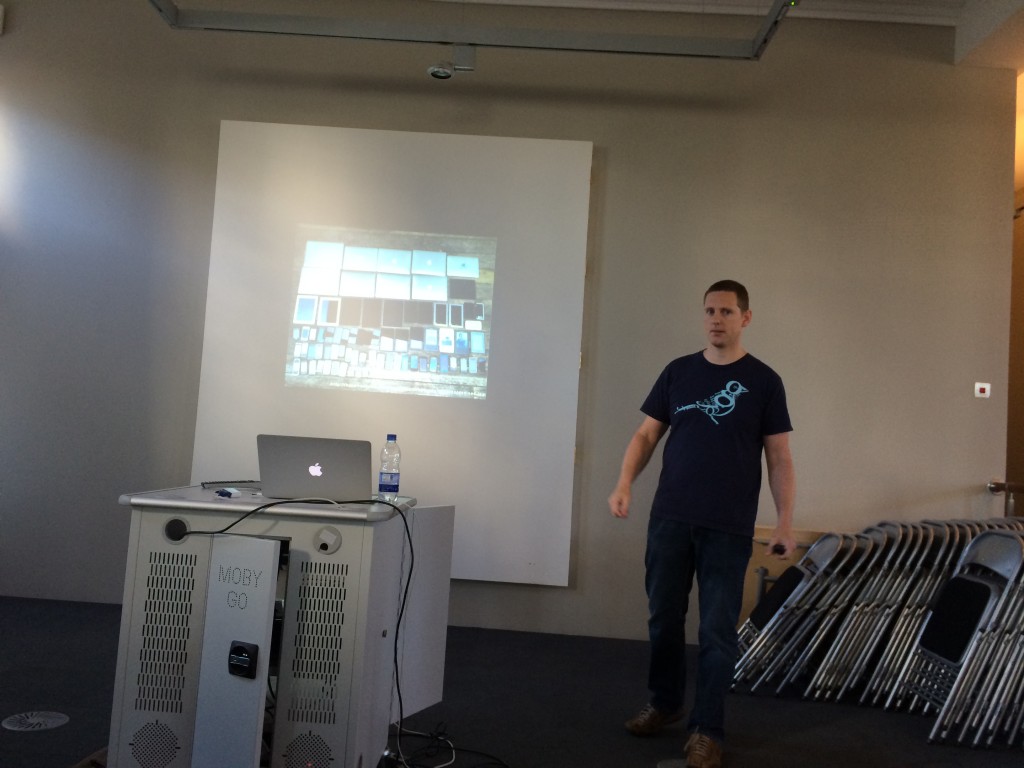 Derek's talk was on Modern Web Design, a topic he has a lot of passion for.

One of the early points Derek made was that designing a website based on pictures created in photoshop is a hangover from when print designers became web designers, he then said how web design is more like product design. I couldn't agree more and thought this was very apt given how this talk took place in the Titanic Quarter.

Derek wasn't  just preaching to the converted, the room wasn't filled with web developers and designers who want to embrace this stuff. It was filled with clients, people The Tomorrow Lab work with. People who maybe like seeing PSDs.

Here are some of the notes myself and others took via Twitter during the talk;

Websites are for using. Not looking at.

"Make my logo bigger" is crass and shows a lack of confidence. - @derekjohnson

"The web is gloriously messy. "

"You have no control over how people view your content" @derekjohnson

"Take what users say with a pinch of salt. Trust the science." @derekjohnson

Thanks to The Tomorrow Lab for setting up the event and thanks to Derek for a great talk!