I was lucky enough to catch Martin Trickey give a talk during the Chief Digital Officer Forum which was held earlier today in London.

As a disclaimer, the reason I was at the event was I work for the company which was hosting it and wanted to get a feel for the type of events we put on. Whilst it is in my best interests to paint my company’s events in a positive light I hope you will believe me that I would not lie on my personal blog (or anywhere). Now, onto my writeup!

Martin is the Group Head of Digital at Warner Bros. and his talk was simply entitled; Do we Tell Stories Differently Now?

Before he started he wanted to take a quick selfie. 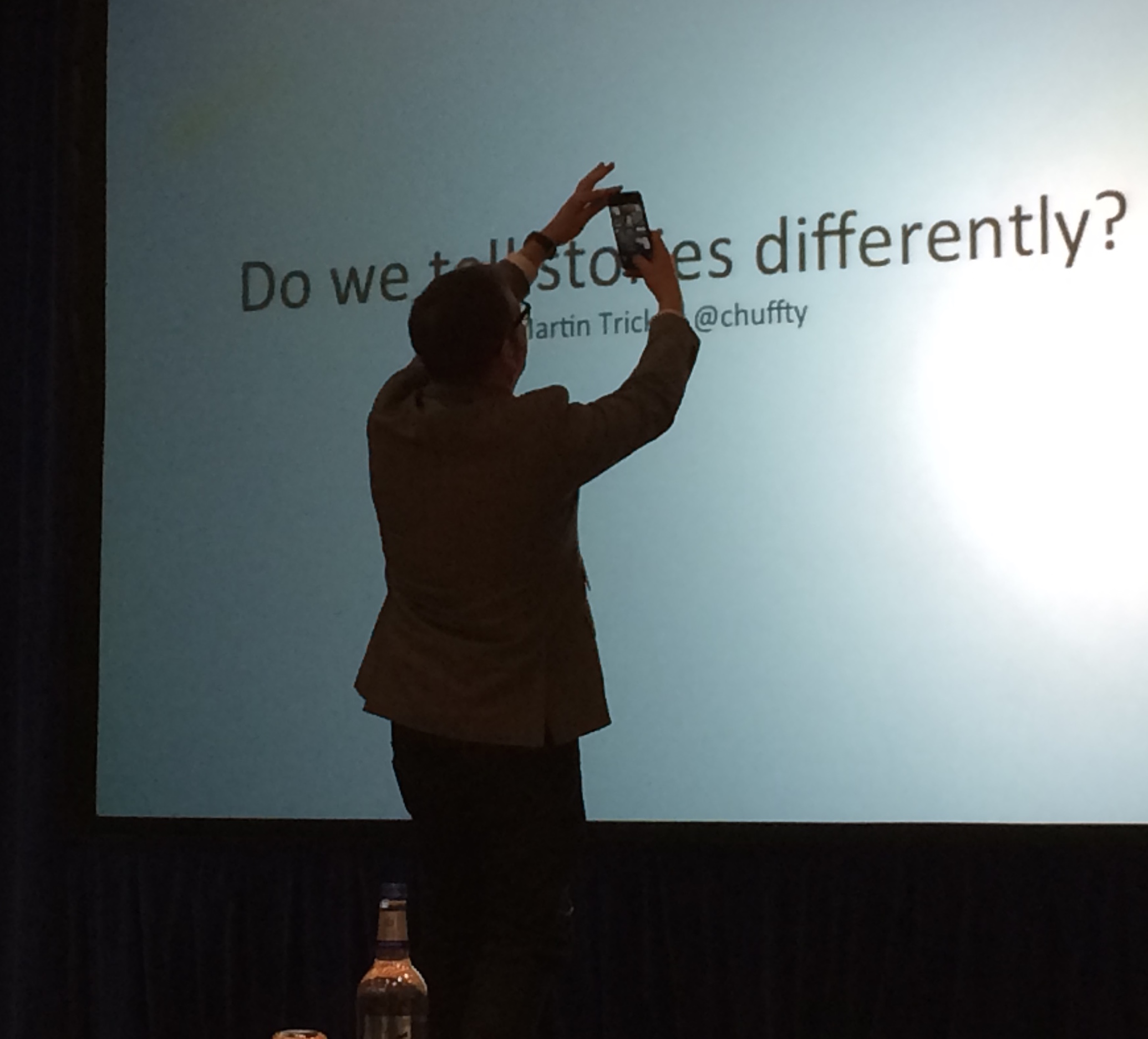 Why we tell stories

During his talk Martin argued that we have evolved a need for story telling; to entertain, educate, preserve culture, instil values, and of course more recently to sell stuff.

How we tell stories

The question of why we communicate may not have changed in millions of years, but how we communicate is growing and changing, exponentially so since the birth of the internet.

An interesting point Martin raised was that generally speaking the methods of communication don’t completely disappear, for example just because we can email and tweet now doesn’t mean we don’t write letters.

So if we still have the old mediums, and we still tell the same type of stories for the same reasons as we always have – how do we grow our story telling skills? Martin argues it is all about being authentic.

Finding genuine moments that you can share with your audience is what makes people want to buy into your story.

Martin ended his talk by saying;

I really loved this talk, Martin clearly practices what he preaches because it was one of the more authentic talks I have heard in a long time.